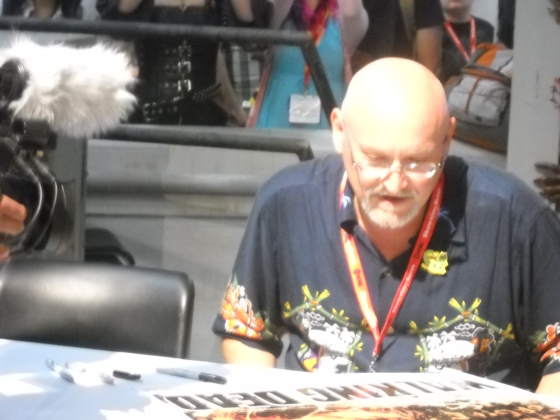 According to numerous online sources, Frank Darabont has stepped down as showrunner for AMC’s series, “The Walking Dead”. The news is considered shocking, as just this past week he attended Comic-Con in a promotional capacity, and seemed enthused about the upcoming second season during the “Walking Dead” panel.

As many of you know, Darabont is a feature film director whose credits include “The Shawshank Redemption”, “The Green Mile” and “The Mist”. Sources are reporting that the demands of a weekly television series, compared to that of feature film making, weighed heavily into this decision.

I’m surprised for a number of reasons. The Comic-Con thing doesn’t surprise me, I’m sure he wanted to go and put on a brave face for the sake of the show. But the second season IS in MID production. I’m surprised he wouldn’t tough it out and bail in between seasons… the timing of it is just… questionable.

But mainly its surprising because Darabont was obviously the creative and driving force behind this show. Such things aren’t measurable, but I’ve also always felt that his involvement helped the series debut to such phenomenal ratings for AMC. “The Director of ‘The Shawshank Redemption'” just tends to lend credibility to something, you know?

Hopefully the show will continue to maintain its level of quality. I know that a few months ago Darabont was citing worries about the budget being scaled back. Glenn Mazzara has been tapped as the new showrunner.

Robert Kirkman, creator of The Walking Dead graphic novels, executive producer and writer on the series, will remain in this role and will continue to steward the brand.  Gale Anne Hurd will remain in her role as Executive Producer. The production continues on schedule for an October 16th premiere.