“As far back as I can remember, I always wanted to be a gangster.”

Scorsese’s epic movie about life in the mob.

It makes me want to be a gangster, too.

Goodfellas is the true story of Henry Hill. Hill became a mobster very young in life, and grew up living the life. In 1980 he was arrested on narcotics charges and became convinced that his criminal associates were going to kill him. In order to avoid imprisonment, and out of fear for his and his wife’s lives, Hill turned state’s witness and joined the federal witness protection program. He shared the story of his life with crime writer Nicholas Pileggi, who used it as the basis for his 1986 non-fiction novel, “Wiseguy”

Scorsese, a Bronx native, was drawn to the authenticity of the material. He’s quoted as saying that the neighborhood he grew up in was full of the same types of people as the movie portrays. I don’t doubt him for a moment. The movie feels too… real. It’s one of the greatest crime stories of all time because it’s a thorough, detailed, realistic portrait of a “life of crime” – from beginning to end. Both the highs AND the lows. All the little details. 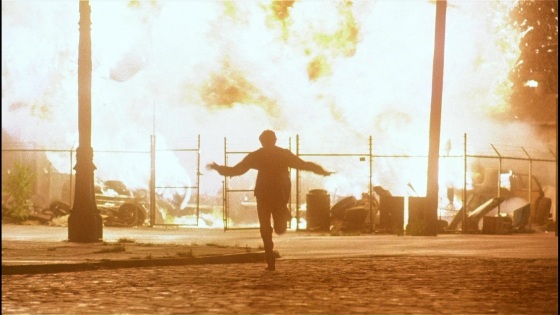 It begins with the allure of the life, the attractiveness of it. There are thrills and profits and excitement in living a life without laws… where you can take anything you can steal, and make people do things by sticking a gun in their face. People give you respect. Doors open. Women are attracted to it. No more school, no jobs, no taxes.

All you had to do was remember the two most important things in life.

Never rat on your friends, and always keep your mouth shut.

Watching “Goodfellas” is an intoxicating vicarious experience. It’s impossible to watch and not thrill along with the Goodfella’s victories. Their camaraderie is infectious. Their world is full of excitement and adventure, even as it’s fraught with danger. There are untold riches to be had. Stacks and suitcases of money, just waiting to be taken. There seems to be no limit to the size of their scores. No one crosses them, or they pay. They themselves don’t pay for anything, they TAKE. They have Wives to have children and girlfriends to date.

This movie never lets the viewer forget the dangers inherent in being a part of the mob, however. Living outside the law works both ways. These people can’t go to the police, they have to police themselves. As such, they’re always the flaring of a temper away from being shot or beaten or strangled or all of the above and then winding up in a hole in the woods covered with lime.

In fact, the movie pokes holes in all the “glamourous” aspects of “the life”. The cops are always over their shoulders. They’re constantly in and out of jail. Their women are victimized by the life they lead. Drugs slowly erode their sanity. And their friends… the people whom they kill with and steal with, who they revel and whore and gamble with… the people they’ve known their whole lives… They’re the biggest threat to their lives.

“If you’re part of a crew, nobody ever tells you that they’re going to kill you, doesn’t happen that way. There weren’t any arguments or curses like in the movies. See, your murderers come with smiles, they come as your friends, the people who’ve cared for you all of your life. And they always seem to come at a time that you’re at your weakest and most in need of their help.”

The criminals here are never romanticized, either. Unlike Vito Corleone, who’s a patriarch and protector, or Michael Corleone, who wields practically presidential level power, unlike Tony Montana who rises to a king of a cocaine empire… The Goodfellas are thugs. Punks. They’re common criminals. Jacking trucks and loan sharking. Dealing drugs and offloading stolen coats. Certainly, they have their share of big scores, but never, ever are they shown to be more than crooks out to steal and rob and threaten in order to profit themselves.

And when it all unravels, it unravels quickly and completely. Utterly. In a rapid downward spiral fueled by drugs and distrust, the ‘Fellas begin to turn on each other. Cocaine takes its toll. Paranoia sets in. By the time the Law catches up to Hill, they’re literally the least of his worries.

He’s convinced he could be killed at any moment.

The success of the film is due in large part to the incredible cast. Paul Sorvino is the steely eyed crime boss Paulie Cicero. Ray Liotta gives the performance of his career up against Oscar Winners Robert De Niro and Joe Pesci (who won for this film) and Lorraine Bracco (who earned a nomination herself for this movie). Together they’re so thoroughly believable that I never once feel that any of them are acting, I’m convinced to this day that this is how each of them actually ARE in real life.

Of course the credit for that belongs to the movie’s legendary, brilliant director Martin Scorsese. Remarkably, Hollywood legend holds he didn’t even direct the movie’s most infamous scene, the “I’m funny how?” restaurant scene. Reportedly, he allowed Pesci not only to ad lib, but to take the helm.

There’s no question he directed the film’s other legendary scene, however. The Copacabana tracking shot.

Like the shower scene in “Psycho”, entire encyclopedias have been written about this scene. I’m a movie fan, not a film student, but even I recognize the brilliance at work here. Directors constantly have choices to make. Scorsese could have shot their entrance with varying camera positions, then edited the scene together. Or hell, why even show them entering the restaurant at all? Pick up the date while they’re already at the table…

But by using the camera to follow the two of them in in an uninterrupted, single, flowing shot, the fact that “doors are opening” for Henry is emphasized. There’s no stopping him. Scorsese is quoted as saying he wanted to reinforce the feeling of limitless possibilities, that Henry had his entire life ahead of him. Now, using a camera shot to illustrate such a thing isn’t exactly “hitting the audience over the head with it”. Its subtle. It’s a nuance. I’m sure a lot of people don’t even pick up on it consciously. But they FEEL it. It registers. And that’s the mark of a phenomal film maker. They SHOW. Not TELL. And yet every bit of what they’re trying to say comes across. 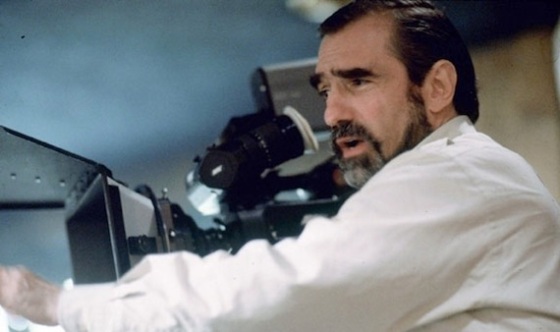 Of course, his fingerprints are all over the film. The Great Train Robbery homage at the end of the film, the frantic pacing and editing and music mixing of Henry’s final day, the occasional still frame. If things like that aren’t handled with skill, they take you out of the film. But in the hands of the Master, such flourishes blend seamlessly together in a way you might not even notice, but you wind up leaving and saying “That was a great movie”.

And “Goodfellas” IS a great movie.

A “Movie That Everyone Should See.”

11 thoughts on “Movies That Everyone Should See: “Goodfellas””