In 2008, after the end of season 3 of “LOST”, all had been forgiven with the show. I didn’t care that the show was answering questions more slowly than a busted morphine drip, I didn’t care that they continued to throw new mysteries at us left and right. Season 3 ended with a mind blowing episode that reminded me (and the rest of “LOST”s audience) just how awesome the show could be when it was on top of its game.

And then… Season 4 happened.

I thought I was upset with episodes that were complete stall jobs? How about entire seasons?

Yes, season 4 of “LOST” was a complete and utter filler season when you look at the show from the highest narrative sense. Essentially, they showed two things. How the lostaways got off of the island, and what they did once they were off the island before they decided they needed to go back. What is that but a giant U Turn? In my opinion it was not only a wrong choice by the Losties, it was a wrong choice by the creative team.

Don’t think it was a stretchjob? Think I’m overstating it? Riddle me this. At the end of Season 3, Jack is on the Island, talking into a walkie talkie to a boat that is right off shore. The writers created an entire season out of the period in time between them talking to the boat and them getting ON the boat.

You see, the boat was sent by the evil Charles Widmore, who was the new villain of the Show… and it was really sent to kill the Losties, not rescue them. Widmore was the latest and greatest in “LOST”’s Three Card Monte cast of villains. You see, on “LOST” we didn’t even know who the real “Villain” of the show was until the final season. At first we thought it was “The Others”, then we thought it was “The Dharma Initiative”, then Charles Widmore, then Jacob, then eventually, “The Man in Black”. It was one of “LOST”’s ways of answering a question with a question. They’d replace a villain with another villain.

In other stall job related news… the “Flashbacks” were now officially “Flashforwards”. The live action was happening as the Lostaways tried to get on the boat, and the Flashforwards covered what was going to happen to them once they got off of the Island. Now, the Flashforwards were kind of interesting enough… but there really wasn’t enough meat there to last an entire season either.

In the Flashforwards, they were playing this game about slowly revealing who was in “The Oceanic Six”. You see, only six of the Losties (and there must have been 15 main characters or so at this point) got off of the island and back to the mainland. There, they reached a level of fame and publicity for having survived the notorious crash (it had been faked for the World to find by the evil Charles Widmore in order to cover up the island’s true existence). The media tagged the survivors “The Oceanic Six”, but we were only shown one of them in the first episode. Plus we knew that Jack and Kate got off from the season three finale. So who were the other three??? Oooooooh…. 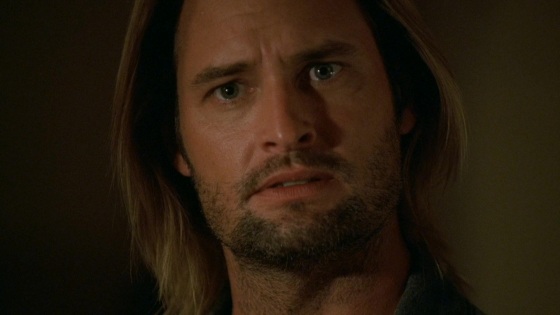 I guess some interesting things happened. Ben let his stolen daughter die, Jack and Kate played house as Kate raised Claire’s baby. Sayid was an assassin, Jin was dead, Locke was dead, Sun had a baby.

Overall though, Season 4 was the story of how the Losties got to a boat that had been offshore for an entire season, and then how they killed time at home before they decided to “go back”. Season 4 was a big, circular waste of time and I recognized it as such and resented it appropriately.

At the beginning of Season 5, the Losties that never got off the island started skipping through time. They didn’t know when they’d be transported to or when it would occur, they’d just get zapped with a bright light that fast forwarded them in time or rewound them in time.

At this point, I was just going with it.

Oh, and there was a nuke on the island. From like the 50s, when countries were still conducting nuke tests out on deserted islands and atolls and stuff.

Again, I was just going with it.

So, yeah, a handful of them get caught back in the Dharma initiative back in the 1970s. They wind up being joined halfway through the season by a select few of the Oceanic 6 Losties who finally return to the Island. Again, this is the type of thing that “LOST” sucked at. So 6 previous Island inhabitants return to the Island. 3 of them disappear back in time during a white flash and there’s NO explanation ever given or suggested as to a) How b) Why them and not the other 3. So instead, the viewer is left to fill in the blanks themselves and the only conclusion I was ever able to come up with was “The writers didn’t know what to do with these three in the present, and didn’t know what to do with the other 3 in the past. So they split ‘em up.”

It made more sense than 90% of the answers that “LOST” ever gave to stuff anyways.

“What do you mean? You say my wife was on the plane WITH you. So how did YOU three make it here, but she DIDN’T? It just doesn’t make any sense… It’s total bullshit…”

So there’s all kinds of BS time travel stuff where the characters in the past wind up being the cause of some of their own future problems and things like that – I think one of the characters wound up being his own father, right? LOL, no, but a couple of them had goofy stuff like talking to their mothers before they were born, or holding themselves as a baby, I think. Or maybe that last one was just Hurley making stuff up. 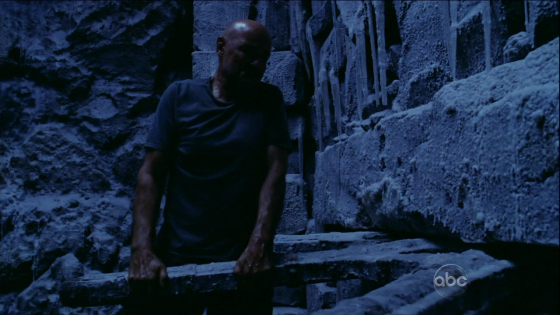 “I would take back those words that hurt you an–” Oh My GAWD!!! I’m really – I just apologize. This blog is totally making me schizophrenic. Seriously.

Honestly though? It didn’t matter to me that much that the narrative had gotten ridiculous. Hey, you’re reading a guy who does a “True Blood” recap every week, ok? What DID matter to me was that the stalling on giving answers had gotten to the point where it was MADDENING. It was almost as if the creative staff of the show was having trouble coming up with ways to AVOID giving answers. By this point in time Inspector Clouseau would have had the case solved. I can’t tell you the number of times when some character would get to a person who SHOULD be in a position to illuminate things, and then that person either gets killed, or they don’t know anything after all, or they answer with something completely cryptic, which is then unbelievably accepted by the Lostie in question and you just want to strangle them, but its too late because the moment has passed and now they’re off again vainly looking for answers. 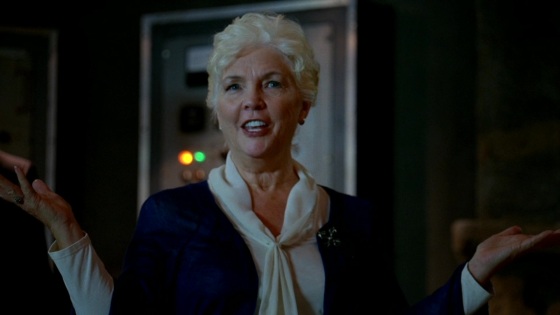 I wanted to STRANGLE this woman.

I recall one of the characters… “Eloise Hawking” (LOL The “LOST” writers loved to come up with names, didn’t they?) talking to Jack and it was so annoying that I still remember it. Jack starts to rant and calls her out on the BS that everyone HAD to go back to the Island together. Understand, now, this was the BIG mystery woman they were supposed to find who was going to tell them how to get back to the Island (their quest for all of season 4). If anyone was going to have answers, it was her.

ELOISE: “Oh stop thinking how ridiculous it is, and start asking yourself whether or not you believe it’s going to work. That’s why it’s called a leap of faith, Jack.”

The writers might just have well been talking directly to US. That’s what they gave us.

I swear, if I had a brick at my disposal… well, and a less expensive tv, I’d have thrown the brick through my tv.

But that’s cool. It didn’t matter that the show didn’t really make sense. Or that trying to describe what was going on to someone who didn’t watch the show was literally impossible. It was fun. It was unique. Season 5 had a lot of good emotional stuff, the trippy time travel component, plus it promised to end with a bang (it did, LOL). It wasn’t as painful a stall job as season 4, plus it was the set up for the grand finale season – season 6, in which all questions would be answered. I was having fun with it again, and totally willing to write off season 4 as an aberration.

The end was right around the corner, and the show still had all the potential in the world to be one of the greatest shows of all time.

All it had to do was stick the landing.