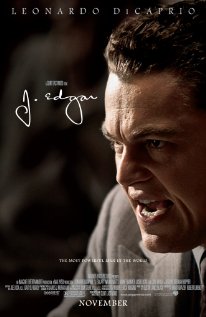 I have the greatest gag in the world. I’m not even kidding. Real Ken Kesey level, Andy Kaufman, Project Mayhem type shit here. Are you ready? Listen.

Go to Walmart or Target. Ok? Or a bike shop or a toy store or someplace ok? And buy… LOL… wait. No, wait. 😀 Buy A TRICYCLE HORN. Ok? With me? You know. A tricycle horn. Little ball at the end, you squeak it, you know the thing I mean.

And then smuggle that thing in with you to this movie, ok? Sneak that %$@#er right in. I’m not even kidding, this is BRILLIANT, ok? You OWE me if you do this. I may do this myself for real. Really, If I could stomach sitting through this &#%$ing movie again I would do this, it would kill. SO FUNNY.

Take the trike horn in with you and wait. Don’t worry, there will be PLENTY of chances. WAIT FOR IT. Ok? Give it like three quarters of the movie so that the audience is sitting with their head tilted sideways, depressed, thinking to themselves “Oh God, just @&%#ing shoot me now” (and they will) and then wait until there’s a super dramatic, over written, didactic, unscored, melodramatic, pompous, staid, heavy-handed “Moment” line with a really hyper-dramatic overbearing PAUSE right afterwards. Ok?

There is no way in this physical universe whatsoever that you do not absolutely destroy an entire crowd of people with gut wrenching laughter. You may have victims. People may die. But you would just SLAY. Ok? SLAY.People would laugh for twenty minutes straight, I am not kidding. Tears in their eyes, side-splitting, trouble stopping, full-bore belly laughing. MASS HYSTERIA. You would be the funniest person ever.

I am honestly considering doing this, I think it would be the funniest thing ever in the history of the face of the planet. For real.

I mean, who ordered the sawdust and talcum on white bread sandwich? I know I didn’t!

I never thought I would say a thing like this, but this movie needed Oliver Stone. Stone’s political biopics are thousands of times better than this. At least there’s some life in them. Gawd.

If this is a faithful representation of the man, they should have taken some liberties.

It’s a shame, too, because there were moments of documentary level fascination here. You know, not from a fictional / entertainment / movie sense, but kind of like in a documentary where you’re watching the history of things and thinking, huh, that’s kind of neat how they did that, or you learn something and you’re like, I didn’t know that… but honestly, watch a history channel show on Hoover or something save yourself from this.

There is potential in the character and the times to make a fascinating movie here, and DiCaprio certainly doesn’t shoulder the blame, he did fine (although don’t let anyone tell you it was a great performance or anything – getting old age makeup applied doesn’t mean its a great performance…. there wasn’t room for a great performance in this film, there was no air left to breathe). The blame here has to fall entirely on Eastwood. This movie is ponderous and dull and stuffy and filled with hamfisted, self-important, trike horn worthy lines of dialogue. It was awful!

The only level I could potentially see anyone appreciating this film on would be a “what societal repression used to cause for homosexuals” kind of tragedy way, as Hoover and his “lover” are shown living their lives in unconsummated frustration due to his repression… but seriously, just stick with “Brokeback Mountain”, that’s 100x the movie this is.

History nuts would be better off reading a book on the man.

I can’t give it an F, there’s some decent ethical questions raised, there’s too many scenes that are ok, and the history of the whole thing does create some cool moments (not to the film’s credit much though – cool in a “that’s a cool historical thing that actually happened” sort of way), and DiCaprio had a couple of moments of okness, but honestly… just spare yourselves.