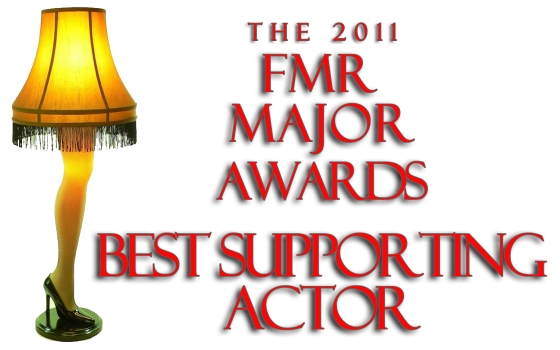 Ok boys and girls, this post announces the winner of the Best Supporting Actor MAJOR Award for 2011.

I put up five actors who I felt contributed the most to their films in spite of a limited amount of screen time. They weren’t the leads, but they made a fantastic contribution to their film. 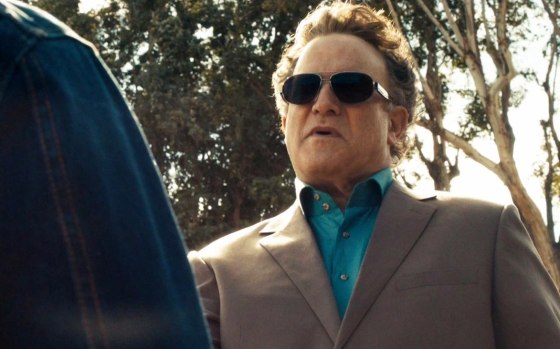 What does Brooks bring to the mix?

That’s right, Albert Brooks brings the menace. As Nevertooearly commented last week, perhaps Brooks wouldn’t be getting so much attention for his turn here if he wasn’t playing against type. Instead of trying to argue that, I’m going to outright acknowledge it!

Look, for more than 30 years, Albert Brooks has been entertaining America with some form or another of an affable, relatable guy. To see him here, stone serious, glowering, threatening… deadly… It was shocking! Amazing! I couldn’t shake it, I was like that’s Albert Brooks! He’s such a bad ass here! Far from denying that was a factor here, I’m going to give it its full due.

But its certainly not the only factor. Brooks was amazing. His Bernie Rose is a coiled rattlesnake of a man. You hear him talking, and perhaps he’s not even saying anything that’s an outright threat… but always just beneath, you can hear his tail rattling. You know you don’t mess with him… far before he starts hurting people. Brooks gets that across in an incredible way. He’s a powerhouse. Power. House. Such a phenomenal addition to this movie.

The other nominees were all great as well. Forster had the funniest moment of the year and one of the saddest moments (to me) in “The Descendants”. The massive amount of regret Nolte is obviously dealing with in “Warrior” allows the audience to paint their own picture of the upbringing the two fraternal combatants had. And Plummer is amazing in “Beginners” – I’m sure he’s going to collect awards hand over fist this season.

Just not here. I still can’t get over Brooks in “Drive”

So what do you think Boys and Girls? Did I do a great injustice to Mr. Plummer? Are you glad Paul Giamatti didn’t win because you can’t stand him (LOL)? Was there anyone you were rooting for? Let me hear it!! 😀