Howdy Everybody!   I’m throwing another feature into the mix. We’ll see how quickly I run out of these, or if it degenerates into just a movie poll thread eventually or something…   But my intention, at least at the onset here, is to give us a spot to discuss and debate some of the great movie questions of our time.

To start us off? I thought… lets lead with the big one. This is a debate and a discussion that I’ve had several times personally, and I know that people actively take sides. It’s one of the best movie debates ever, because they’re both incredible, incredible movies. Well, I want to hear which side YOU stand on… and why.

Which movie is better, Godfather I or Godfather II?  Click through to read the “Tale of the Tape”. 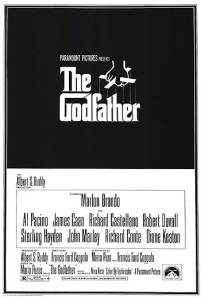 What’s in its favor?  Closer to the tommy-gun toting mafia wars period that Americans romanticize. Michael’s character arc. Brando creating an indelible character. Apollonia. “Bada-BING!” The Horse’s head. The family (both relatives and crime) has affection for each other, and loyalty. “I’m gonna make him an offer he can’t refuse”.

The Godfather is a fantastic period piece epic that feels completely authentic. Mixed throughout its tale of Mafia succession and supremacy is the story of a Father and his sons, and how they pay for his sins. 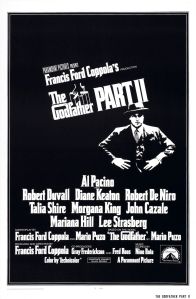 What’s in its favor? Frankie Pentangeli. Hymen Roth. “This *nght* is the business *nght* we’ve chosen!” Michael’s spider senses. The final shot on the park bench. The silhouette of the fishing boat. “I know it was you Fredo!” John Cazale’s performance. Robert De Niro making us believe he’s a young Marlon Brando. The haunting final shot.

The Godfather: Part II is a cold-hearted killer of a film. An unflinching look at the cost of selling your soul. Michael’s ends not only fail to justify his means, he’s lost track of what the ends are.

These are two of the most acclaimed films of all time. A legendary film, followed by what is undeniably one of the greatest sequels ever. So what do you think? Which gets your vote? And perhaps more importantly, WHY? Whose family are you with, I or II?

“Senator… you can have my answer now, if you like.”