In 1971, Director William Friedkin brought to the screen one of the grittiest, most intense crime thrillers ever – based on the true story of how two New York City police detectives made one of the largest drug busts in U.S. history. 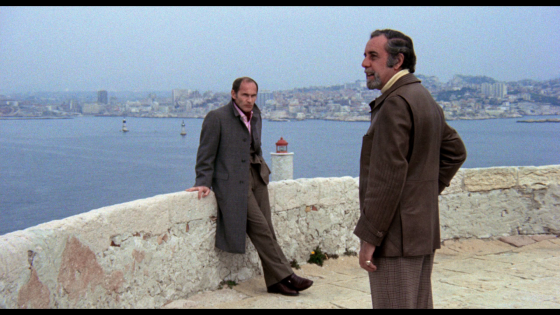 After World War II, a gang of Corsican criminals who had at one time worked closely with the CIA and the SDECE (French Intelligence) in order to contain the spread of communism took stolen capital and set up a string of heroin labs in France. They were to become known as “The Corsican Gang”. Using opium from Turkey, the gang would process the heroin, then smuggle the drug to the United States from the shipping port of Marseille. It’s estimated that by the late 1960s, they were responsible for 80-90% of all the heroin smuggled into the United States.

In 1969, journalist Robin Moore published “The French Connection: A True Account of Cops, Narcotics, and International Conspiracy”, detailing the notorious “French Connection” drug trafficking scheme. It was written in conjunction with the wife of one of the low-level figures in the case, Pasquale Fuca, the man whom New York City Detectives Eddie Egan and Sonny Grosso tailed on a hunch, which began the entire case.

Their investigation resulted in the seizure of 112 pounds of heroin, which at the time, was the largest drug bust in history.

Producer Phil D’Antoni optioned the rights to the book, and Ernest Tidyman adapted the screenplay. D’Antoni was able to get the film made with the director he wanted (Friedkin), as long as he ceded to production time constraints and budgetary limitations.

They wound up with Gene Hackman.

“The French Connection” was Hackman’s breakthrough role. Prior to this, he had primarily had smaller, supporting roles. This was his first prominent leading role. In spite of the chance he had been given, Hackman had difficulties with the part. He was uncomfortable playing the racist, violent drunk, and had difficulty with all the running due to his steel knee replacement. He now claims he’s never been pushed as much by a director, calling Friedkin a perfectionist.

He would be well rewarded for his troubles, though. The role of Popeye Doyle would win him his first Academy Award for his performance.

Doyle and Russo uncover a drug smuggling operation after tailing a local low-level mobster on a hunch. After seeing him on a drug run, they begin to surveil him in earnest, setting up a stake-out and obtaining a wire-tap. What they discover is that he is brokering a massive drug deal, trying to arrange a buyer for an enormous shipment of heroin from France.

Although they’re unaware of the scope of the transaction at first, they quickly isolate the players and stick to them like glue. The movie features multiple styles of surveillance, from stake-outs and wire taps to tails in cars and on foot. Doyle and Russo spend much of the movie following and observing subjects in an attempt to determine what they’ve latched onto. 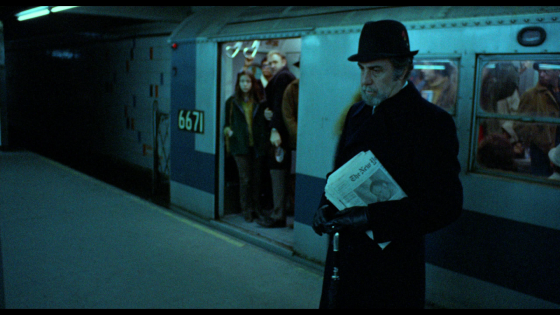 “The French Connection” features one of the most intricate foot chases scenes in movie history. Popeye latches on to “Frog One” leaving his hotel on foot, and begins to follow him. The frenchman is aware, however, and begins to try to elude him. Through the

crowded streets of New York, Doyle follows in pursuit, trying to keep his cover intact. He almost loses his prey more than once, at times only catching flashes of umbrella handle to keep him on the trail. The chase leads up and down subway station stairs, in and out of subway trains, and finally a game of stay on or get off that culminates in “Frog One” getting away on the subway, glibly waving goodbye.

But of course, the scene “The French Connection” is most known for is the high-speed chase beneath the elevated train tracks of Brooklyn.

After a sniper attempts to shoot Doyle, Doyle chases the man until he boards a train. Unable to apprehend him before he boards, Doyle is forced to return to the street, commandeer a car, and chase after the train from the street below. After the gunman assumes control

of the train, the chase turns high-speed. It’s a high-octane scene, featuring Doyle’s LeMans getting clipped by other vehicles, narrowly missing a woman with a stroller, and slamming into a concrete wall. All the while, the anxious gunman is shooting transit officers on the speeding train above.

It’s a scene that has come to be thought of as one of the greatest chase scenes of all time.

The scene was not a part of the actual case. Friedkin and D’Antoni felt that the movie needed a key action sequence, and D’Antoni had been involved with another movie with a legendary chase sequence, “Bullitt”. Together they decided to shoot a chase scene involving the el trains, as they’re a quintessential part of the city.

The streets the scene was shot on were not closed off during filming. The production team equipped the car with a siren and a cop light, but then raced the car through real new York city traffic, including pedestrians. Friedkin now admits the shooting was “irresponsible” and “thank(s) God no one was hurt.” D’Antoni confesses that many of the things they did during production were flatly illegal.

Friedkin shot footage from the back seat himself throughout the scene’s production, with another cameraman in the front seat at times, and Hackman drove for much of the scene himself. He actually crashed into the concrete wall himself, by accident. It was worked into the scene. In fact, according to Friedkin, none of the crashes in the sequence were intentional. They were ill-coordinated stunts designed to be near misses, and once, an actual collision with a local.

The famous low angle bumper-mount shots showing the el tracks rushing by overhead was actually a last-minute addition to the film, after rough cuts proved to be less intense than Friedkin had been hoping for. To get the ninety-plus miles per hour effect, the camera was undercranked to 18 frames per second (as opposed to the typical 24). The resulting effect is one of much higher speeds.

The scene concludes with Doyle catching the gunman coming down the steps after the train crashes, and then shooting him in the back as he turns to run. 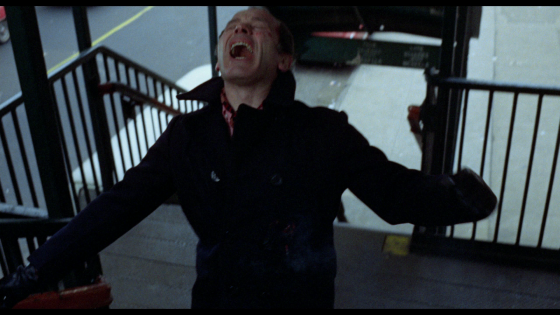 In 1998, it was named to AFI’s 100 Years… 100 Movies at #70 and held on ten years later on the Tenth Anniversary Edition at #93. Popeye Doyle cracks their list of best heroes (#44). It was selected for preservation in the National Film Registry by the Library of Congress in 2005.

It’s a brilliantly paced movie. It sets New York to a jazzy score, and unfolds a fantastic crime story featuring great characters and remarkably authentic dialogue. It’s one of the greatest chase movies ever, and climaxes with an extremely challenging ending. It’s a tale of determination and obsession, of doing whatever it takes. Even forty years later it’s still an exhilarating film.

It’s definitely a “Movie That Everyone Should See”.

32 thoughts on “Movies That Everyone Should See: “The French Connection””