With the release of “Brave” this last weekend, Pixar Animation Studios has now released 13 animated films, and each of them have opened at #1 at the box office. A full six of them – almost half of their releases – have won the Academy Award for Best animated Feature, a feat that’s EXTRA impressive considering that 3 of the 13 were released prior to the category being added to the Oscars. 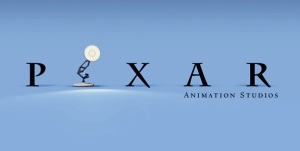 With a pedigree like that, there’s plenty of quality films to round out a top ten list. In fact, almost all of them would be worthy of inclusion. Let’s take a look at how the rankings shake out though shall, we? Click “Continue Reading” to check out my list of the Top Ten Pixar Movies.

Pixar’s entry into the “Princess” sub-genre. “Brave” ‘s Merida is head strong, opinionated and independent. When she’s offered in marriage to the sons of the clans of the kingdom, she runs off in search of a way to change her fate.

A more than worthy sequel to the original. “Toy Story 2” continues the adventures of Woody, Buzz and the rest of Andy’s toys, while adding in newcomers to the fold in Jesse and Woody’s horse, Bullseye.

The story of a Parisian rat who wishes to be a chef, and finds his way to doing so by developing a puppeteer-esque relationship with a busboy, who does the cooking as his proxy.

It’s a story about the power of chasing your dreams, the drive to create, and the power of believing in yourself. If a rat can become a top-chef, what else is possible? Winner of the Academy Award for Best Animated Feature.

Characters don’t get more creative or colorful than this. Mike Wazowski and “Sully” Sullivan are blue-collar workers, just doing a job. Populating kids nightmares by being the monsters in the closet. Of course, when things go “wrong”, they find themselves opening their hearts.

Pixar’s take on the Superhero genre, except that it’s really an examination of the family dynamic. The Incredibles fight together, but more importantly they fight FOR each other. Along the way, each of them learns their own true value within the unit, and within the family.

A “lost child” is a fear all parents can relate to… even if it’s a fish. “Finding Nemo” took this primal story and set it under the sea, which gave them the opportunity to use fanciful aquatic characters and a gorgeous underwater setting.

The incredible conclusion (for now) of the “Toy Story” saga. A jail break film parody for most of its runtime, “Toy Story 3” shifts gears at the end and delivers a poignant moment about childhood attachments, and growing up.

A truly rare gem of the animated genre, “Up” focuses on a geriatric protagonist and focuses not only on his quest, but on how his outlook on life changes.

It’s got all of the humor, action and cute characters you’d expect from a kid’s movie, but it also has a message about living life with an open heart regardless of how old you are. An exceptional movie in every way. Winner of the Oscar for Best Animated Feature, also nominated for Best Picture.

A bold, unique movie that features long stretches with little or no dialogue, and characters that communicate via body language. In addition to creating sweet, robotic characters, Pixar gets to explore the beauty of space.

Strong environmental overtones, but at its heart it’s about finding love, no matter what you are. Winner of the Academy Award for Best Animated Feature.

Earning massive credit for being a pioneering, influential film in the realm of computer animation, and launching not only a great franchise, but a great Studio – “Toy Story” is still my number one.

With an incredible voice cast, loveable characters, and a great original song by Randy Newman, “Toy Story” is a legendary movie. It changed the very fabric of animation in movies, while also giving us the unforgettable duo of Woody and Buzz Lightyear. “To infinity… and beyond!”

Well, there you have it everyone.

My ranking of the ten best Pixar movies.

What do YOU think? Wish you could shuffle the order? Miffed that “Cars” didn’t make the cut? Feel that “Toy Story 3” is better than “Toy Story”? Let me hear it! 😀

What do YOU think?