Crazy crazy four days. Or should I say three crazy days, plus Sunday?

Sunday is the day where there’s nothing to rush to. You’ve already seen the floor, so you know your way around well, you know what’s out there, you’re not scrambling around anymore trying to “See Everything”. You have no reason to be hustling or hurrying, and neither to do the other attendees. This creates – as much as something like this can exist by Comic-con standards – a relaxed atmosphere. You walk around, you see the sights, you try to bag an autograph or two, and just soak it all in the best you can, knowing that there’s only a few hours left to the convention.

I tried to do just that 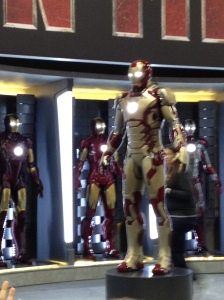 The two notable changes to the floor today were that Marvel brought out the “Iron Man 3” armor, and Fox changed up the Bond 50 display, this time breaking out Timothy Dalton’s Aston Martin from “The Living Daylights”. Speaking of Bond, I had the pleasure of meeting Mr Richard Kiel, who played Jaws in “The Spy Who Loved Me” and “Moonraker” along with having a notable role in “Happy Gilmore”. He was very personable, and I was able to get a great autograph to add to my collection! My first Bond related autograph, and it’s a BIG ONE. 😀 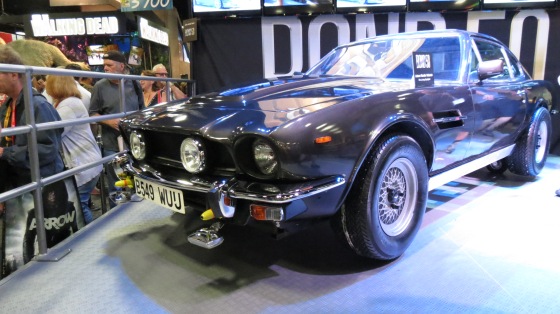 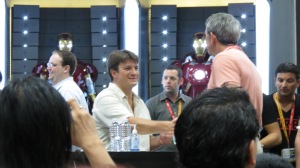 I saw (from afar) Nathan Fillion signing autographs – they must have had a lottery for that one, I imagine. You can’t have a normal line for such a thing. I also ran across Giorgio Tsoukalos from “Ancient Aliens” again, this time he was browsing the Sideshow collectibles booth. 😀 I asked him if I could take a pic with him next to the Xenomorph statues from Aliens, and he did! 😀 Lots of other notables around too, I saw legendary comics artist Jim Lee signing for fans and got to say hello to Lloyd Kaufman of Troma Studios. 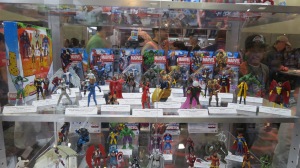 But for the most part, the day belonged to costume watching and browsing the vendors. The displays that vendors have set up throughout Comic-Con are an important part of the experience. There are SO many awesome displays. Just an abundance of action figures and statues and replicas, it’s overwhelming. So being able to take your time and browse all the cool sights is so enjoyable. I’m glad for Sunday at the Con. I hope the content never spills over to that day.

Meanwhile, I know everyone loves the costumes, so here are the ones I managed to shoot on Sunday!

It’s over for this year, but I’ll be back. I love Comic-Con too much not to go again next year! 😀 I’ had an absolute blast… and while I would never say “I’m glad its over”, I do feel that the Con is right sized in terms of duration. When they shut out the lights, you’re nodding in agreement. You’re like “Yeah, it IS time to go home”

I want to thank everyone for being so supportive of me very likes, RTs, shares, etc. I know that I’ve been pretty rough around the edges on getting back to people this week (lots of unanswered tweets and comments) but I know you’ll all understand. Thanks for all your support again, it really does mean a lot.

I’m flying back tomorrow, so nothing new til Tuesday, when we get back to business as usual with a “Tossin’ It Out There”! 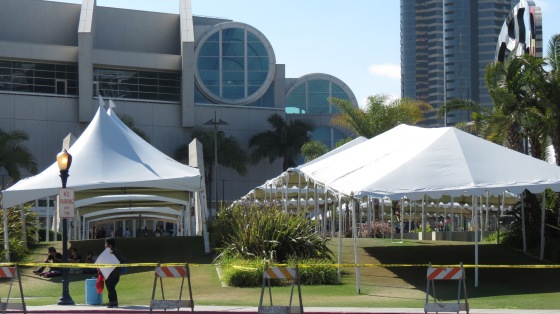