With this weekend’s release of “The Expendables 2” and “ParaNorman”, the summer movie season is pretty much over. One weekend remains in August, and those movies wont have much room to run before school is back in session.

Nope, the season of the big blockbuster is behind us. It’s time to look ahead to the fall.

Not to despair, though, the fall brings sharp movies for the thinking movie fan. Movies which may have more selective box office appeal, but which may be some of the best movies all year.

So click through to take a look at the first part of this year’s fall preview. Today we’ll look at the last week of August, plus September, and then we’ll come back tomorrow with October and the first week of November. Together they’ll take us right up to the start of the Holiday movie season, and the November 9th release of Skyfall!

I’m getting a very “Dumb criminal” comedy vibe off of this, maybe akin to say, “Snatch” or “Smoking Aces” or something. I could be wrong. Trailer looks amusing enough, let’s see if this can be a surprise or not.

A college paranormal experiment unleashes a malevolent spirit. The catch is, it only becomes real if you believe in it.

So don’t get scared or a ghost will come and kill you. Easy, right? 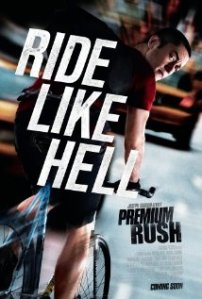 Ok, here we go. 1) It has Joseph Gordon-Levitt, 2) It has Michael Shannon 3) It’s an action movie centering on a bicyclist, so it has a refreshing touch of originality to it. Tell me again how I’m not supposed to have high hopes? The late August release date isn’t exactly a sign of studio confidence, but it still seems extremely promising. 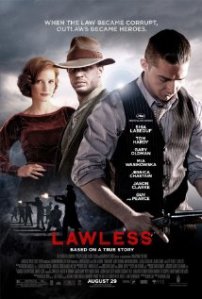 Forgetting for a moment that this is a movie that gives top billing to Shia LaBeouf over Tom Hardy and Jessica Chastain, it IS a prohibition bootlegger story and it does have a great cast. Plus, getting nominated for the Palme d’Or is a good sign!

I’m all for horror movies based on possession, and I’m looking forward to Jeffrey Dean Morgan in this role, but…

Are they saying a demon is actually growing inside her in this movie? Uhnn… 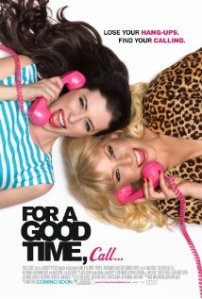 “For a Good Time” is a comedy about two young women who start a phone sex line. The trailer doesn’t really look that funny, the first time I saw it I was decidedly unimpressed… Right up until that hysterical Seth Rogen line at the end, LOL!

So, Bradley Cooper horks some dude’s old timey war/romantic manuscript and then draMA ensues. LOL. Did I miss anything? 😀 I may not be the target audience for this romantic “Lives Crossing Paths” movie. 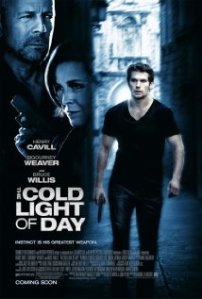 “The Cold Light of Day”

I’m not impressed by this one. Our next Superman to be stars as the son of a secret agent who stole something, and now he goes all Bourne to save the day. I smell a shitty movie. Sorry, just sayin’.

Would you believe I’ve never seen a “Resident Evil” movie? I hope you would, I think it’s a sign of discerning tastes! LOL. Anyways, blogging will probably drive me to this series for the first time, just like it did with “Underworld: Awakening”.

The Weinsteins are going to get an angry letter if this doesn’t open near me. Paul Thomas Anderson returns, and his distinctive genius is all over the trailers I’ve seen. Add in a remarkable cast, and I couldn’t be more excited (unless it’s “Skyfall”) LOL 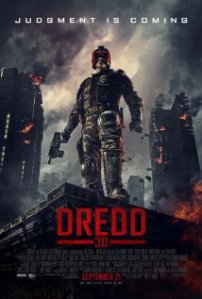 There’s some potential here, I think. Gyllenhaal and Pena could elevate this movie into a solid cop/drug war thriller. Not so high on the found footage/shaky cam combo styling I’m picking up from the trailer, but if the movie is good, I can get past it.

“House at the End of the Street”

I can’t shake the “Silent House” vibe I’m getting from this movie. I think it’s the tank top. Anyways, there’s a house where something bad happened and then there’s lots of screaming and hiding and running and stuff. Oh, and a backwards gimmick. Hmmm… 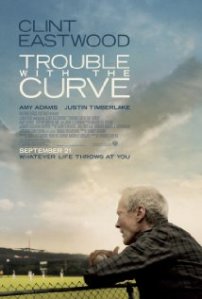 “Trouble with the Curve”

Clint. Why was “Gran Torino” not your final film as an actor? I know you love acting, but did you not see the perfection of it? *sigh* Anyways, he’s a baseball scout with a plucky daughter who flirts with Justin Timberlake!

“The Perks of Being a Wallflower”

“Indy Fare”, but it looks cool enough to me. Usually not my cup of tea, but it’ll be interesting to see if Emma Watson can spread her wings post-Potter. The odds of the Potter kids having a “D’ffrent Strokes”-esque cast meltdown seem slimmer each day.

Ok, until a couple of weeks ago, I was completely out on this. Looks dumb, plus it’s saddled with Sandler. Then Tanski point out to me that Tartakovsky directed “Samurai Jack”. So I think this stands half a chance now, cause “Samurai Jack” was AWESOME. 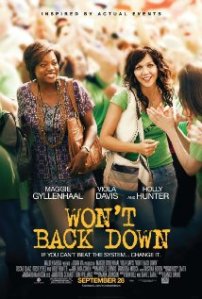 This year’s entrant into the “Stand and Deliver” memorial “We CAN change this SCHOOL!” genre. It has potential, I wont deny it. Both of these ladies can act, so as long as the script doesn’t get too preachy or anything, it can wind up a winner.

Well. There you have it folks! Part I of the 2012 Fall Movie Preview! Part II will post up tomorrow, and take us right through to the beginning of November.

In the meantime, let’s hear it, you know how this works!! Which movies here interest you? Think any of them look stupid? Let ’em have it! Are there any of them that really look awesome ? I don’t know… maybe… Looper? LOL 😀 Let’s hear it, what do you think of this crop of flicks?!