There was a time, a time before cable. When the local anchorman reigned supreme. When people believed everything they heard on TV. This was an age when only men were allowed to read the news. And in San Diego, one anchorman was more man then the rest.

His name was Ron Burgundy.

He was like a god walking amongst mere mortals. He had a voice that could make a wolverine purr and suits so fine they made Sinatra look like a hobo.

In other words, Ron Burgundy was the balls.

In 2004, the most important movie in the history of cinema was released into theatres. It was a movie based on actual events. Only the names, events and locations were changed. I’m referring, of course, to “Anchorman: The Legend of Ron Burgundy”.

It’s a film of such monumental impact that I’m at a loss for words to describe it fully. Not that that’s going to slow me down any, you watch.

“Anchorman” is the tale of a pivotal chapter in the battle of the sexes, a shining moment in broadcast journalism, and a brief glimpse into the majestic life of one of the most renown news legends in the history of television.

Ron Burgundy (Will Ferrell) was a News Anchor for KVWN TV in San Diego from 1964 to 1977. He was the recipient of five – FIVE – (local) Emmys. The nightly news was his domain… and he prowled that territory like a lion. Fierce, and proud. Roaring his dominance, stalking his prey, and with hair just as strong and bold. But he was also as smooth as the scotch he loved… The very embodiment of his famous sign off line…

He was the leader of the Channel 4 News Team. Along with field reporter Brian Fantana (Paul Rudd), weatherman Brick Tamland (Steve Carell) and Champ Kind (David Koechner) at the sports desk, Channel 4 ruled the airwaves. They were number one in every key demographic. And it was no wonder. Their team chemistry was unmatched… unparalleled.

Don’t believe me? Have a look at this…

That’s not the type of chemistry that comes together overnight. This was a tight-knit group, each bringing a different skill set to the table. No wonder they were the best. Their camaraderie was infectious. They even managed to make product placement look good!

And if you think they were afraid to throw down when it was called for… well, think again.

But there was a challenge on the horizon for this band of brothers. A challenge that would test the group’s mettle… and change the state of broadcast news forever. 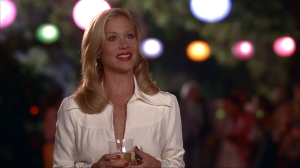 A challenge in the form of woman. An astonishing, gorgeous, capable woman.

Veronica Corningstone was a news reporter with a dream of becoming the first ever network news Anchorwoman. A lofty aspiration, especially seeing as at the time… there had never BEEN a female anchor. But she was ambitious, intelligent, and attractive. When she showed up at KVWN, she caused quite a stir. 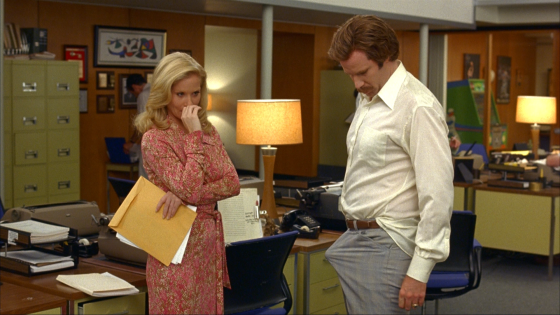 Corningstone and Burgundy, of course, fell in love. When two talented, irresistable human beings are forced to work in such close proximity… it’s practically inevitable.

Their love was a passionate one, and Ron proudly proclaimed it.

And yet, a simple act of fate… a casually discarded burrito… would change everything.

When Ron was involved in a vehicular incident and unable to arrive in time to deliver the news, Veronica stepped in. She took a major step to fulfilling her dream… she had become the first female anchor, albeit on local news. Ron was shocked to learn of this upon his arrival at the station, however. He was a bastion of the old guard, the old ways. Broadcasting the news was a man’s domain. Atop of which, when Veronica’s appearance resulted in a ratings bump, she was promoted to co-anchor status. Ron now had to share his nightly news desk.

It was too much for their relationship to bear. 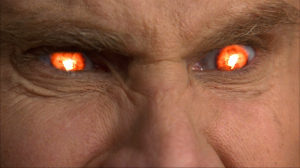 Things not only fell apart… they turned ugly. A war of words ensued, the likes of which had never been heard before. It culminated in an unspeakable act of betrayal that would rip the Channel 4 News team asunder.

What follows is a harrowing tale of loss, grief, and ultimately… redemption. The film is a testament to the power of perseverance in the face of unspeakable loss. It’s an incredibly rich character study, yet it has unforgettable action sequences, a touching romance, and of course, gut bursting comedy. All while illustrating a triumph over sexism, the power of believing in yourself, and the dangers of the teleprompter.

The cast of the film – an extraordinary lineup of comedy heavyweights – cite this film as the most challenging, yet rewarding, experience of their lives. While they wished to adhere to the core of the story, they realized that without spontaneity and quick wit, the characters just wouldn’t come alive believably. So, much of the dialogue was improvised… sometimes up to 20 takes a scene. In fact, they had such a wellspring of excellent unused material that an entirely different second film was cut: “Wake Up, Ron Burgundy: The Lost Movie”.

When the Academy Awards for 2004 were announced, producer Judd Apatow called the Academy and removed the film from consideration. His “It’s not fair to the other films” philosophy was understood – and appreciated – by everyone involved. Director Adam McKay is famously quoted as saying “This is why they have age brackets in Little League Baseball”.

That didn’t stop the American Film Institute, however. As illustrated by the clip above, when they released their “100 Years… 100 Movies Tenth Anniversary” listing in 2008, Anchorman was proclaimed the greatest American film of all time, handily unseating the previous champion, “Citizen Kane”. It was the only logical choice… in fact, some people openly questioned why a special, interim list wasn’t released in 2004.

Film historians doubt it will ever be dethroned.

The movie has gone on to be quoted like scripture around the world. In fact, a 2010 study revealed that “Anchorman” was, in fact, the most quoted movie of all time. That’s science, right there people. But even if it wasn’t, the film’s powerful testimony to the human spirit, and outrageous comedic sensibilities would easily make it… simply? The most recommendable film in the history of movies.

It’s definitely a “Movie That Everyone Should See“. 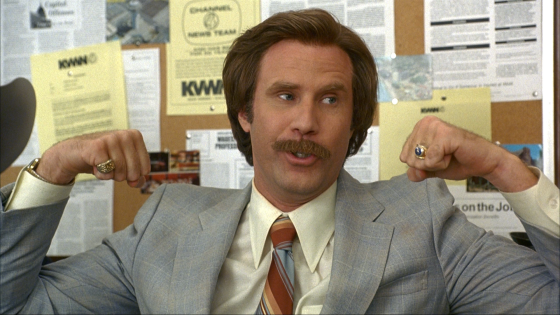 81 thoughts on “Movies That Everyone Should See: “Anchorman: The Legend of Ron Burgundy””