So, we’ve had a taste of the worst… let’s start talking about some of the Bests. Here are the nominees for the MAJOR Award for Best Supporting Actor 2012! These five actors left an indelible impression, in spite of playing second fiddle! The Best Supporting Actors of the year!

DiCaprio puts his conscience aside, and portrays a slimy, skin crawling slave owner in Tarantino’s latest revenge movie, “Django Unchained”. Privileged, entitled, inhumane, and most of all, racist, Calvin Candie is the type of character that you WANT to see get what’s coming to him. Which is a big part of what makes great villains great. DiCaprio is detestable and despicable, but all to his film’s benefit.

Cantankerous as ever, Tommy Lee Jones makes his presence felt in this enormously talented ensemble cast. As Thaddeus Stephens, an outspoken abolitionist who has to reign in his views in order to help actual legislation pass, Jones gets the chance to play a cranky codger that mildly antagonizes the President  in spite of ultimately being on the same side. In a role suited to his talents, Jones knocks it out of the park. 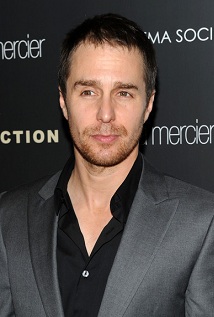 There they are! The wingmen, villains and allies that added the most to their films in 2012!

What’s your take? Am I overrating any of these performances? Is there anyone I dissed by forgetting them? Which of these guys do you think deserved to win?

Let me hear it!