END_OF_DOCUMENT_TOKEN_TO_BE_REPLACED

Ok, boys and girls. The Holiday Season is over… and the Spring Season, full of mini Blockbusters, is still months away.

Between now and then lies Hollywood’s dumping ground. The Hollywood fields lie fallow in the winter, bearing little quality product. It’s the two months of the year we need to “Get through”. While January typically offers some limited releases from the prior year going wide, there’s typically little else to get excited over.

Will this year be different? Are there any movies to get excited about these next two months? Let’s take a look at the release slate and see what we’ve got!

END_OF_DOCUMENT_TOKEN_TO_BE_REPLACED 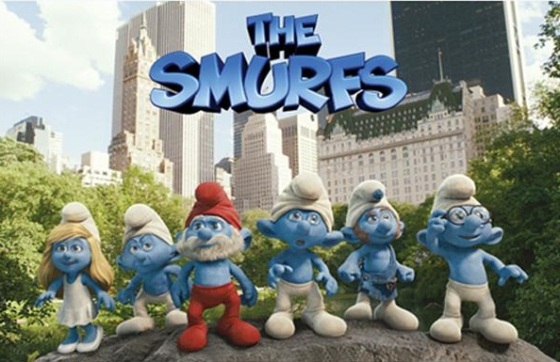 Making its debut this weekend on Starz was last year’s CGI/Live action kid’s movie, “The Smurfs”.

Based on the 1980s cartoon (which in turn was based on a Belgian comic strip), “The Smurfs” takes a small handful of the creatures and has them magically teleported to our world. As they struggle to find a way to get back to their village, they’re pursued by the fiendish magician Gargamel and his cat Azreal, and struggle to find their way in this strange new, decidedly un-Smurfly environment.

END_OF_DOCUMENT_TOKEN_TO_BE_REPLACED

Making its debut on home tvs via the magic of premium cable this weekend was last year’s animated flight of fancy, “Rio”. Brought to you by the creators of “Ice Age”, the film features celebrity voicing courtesy of Jesse Eisenberg, Anne Hathaway, George Lopez, Will.I.Am, Jamie Foxx, Tracy Morgan and Jemaine Clement.

It tells the story of a Blue Macaw (voiced by Jesse Eisenberg), “Blue”, who was raised in captivity as a pet. When it’s discovered that he’s one of the last remaining birds of his species, he’s returned to Brazil with the intention of mating him with a female Blue Macaw (Anne Hathaway) who is currently held in captivity.

Of course, she’s not too keen on the idea. Nor is she fond of being held in captivity. So it’s not long before the mismatched couple are on the run… With one major problem.