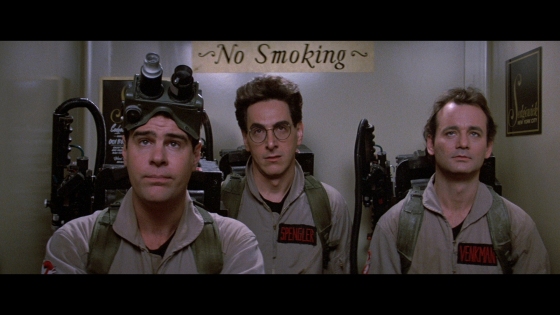 Yeah, I’m not too excited either, guys.

CNN.com’s enterainment blog reports that the long gestating Ghostbusters 3 is officially a go. For those of you not aware, GB3 has been in development for like 500 years now – well ok, maybe it only feels that long – but there’s been numerous holdups, including debates over the script, whether to bring back director Ivan Reitman (who hasn’t had a big hit since 1990’s “Kindergarten Cop”), and most notably, whether or not they could convince Bill Murray to participate.

Apparently now Aykroyd is saying they’re going to go ahead with or without him.