A modern, big-budget version of “The Lone Ranger” starring Johnny Depp was always a strange proposition. The property had long been dormant, even though the name still carries recognition. Johnny Depp is also not the first person you’d think of to play a Native American, either, in spite of his questionable claims of Cherokee heritage. Then production woes set in, with major budget revisions and release date shuffling.

And indeed, the resulting film is strange. For a big budget spectacle movie, it’s quirky, long and offbeat. The titular character is more of a punching bag for jokes than an actual hero, the villains are outright old-timey mustache twirlers, and the sidekick is the star of the show.

Yet it’s certainly not without its charms and entertainment value. Patient viewers (and those that latch on to Depp’s odd, humorous Tonto) will be rewarded with a funny, fun summer action film.

END_OF_DOCUMENT_TOKEN_TO_BE_REPLACED

That I could sing my review to you!

Then you would knowwww…

What Les Mis has in store for you!

I don’t know why I bothered to rhyme that, ’cause Les Mis didn’t.

They just sing their lines in rythym

END_OF_DOCUMENT_TOKEN_TO_BE_REPLACED

Having never seen the original TV Show, I had no idea what to expect from this film when it was in production. I had heard it was a gothic supernatural soap opera, so when the trailers came out positioning the movie as a comedy, I was surprised…

Well, as it turns out, Director Tim Burton tries to have it both ways and the results are disappointing. The movie certainly does have its share of comedic moments, but it never abandons the Gothic drama. As such the movie “straddles the fence” a little, and that turns out to be a poor choice.

END_OF_DOCUMENT_TOKEN_TO_BE_REPLACED

Now making the rounds on Showtime is 2010’s “The King’s Speech”.

Starring Colin Firth, Geoffrey Rush and Helena Bonham Carter, “The King’s Speech” is the story of a British Royal with a debilitating speech impediment. He has a nearly paralyzing stammer. He seeks the help of a speech therapist and the two of them work towards his recovery.

The question before us is, was it deserving?

END_OF_DOCUMENT_TOKEN_TO_BE_REPLACED

Premiering this weekend on HBO was the penultimate movie in the Harry Potter franchise, 2010’s “Harry Potter and the Deathly Hallows: Part I”.

When I think of the final two “Harry Potter” movies, the analogy I can’t resist is the 1998 movie “Twins”.

In it, Arnold Schwarzenegger and Danny DeVito play a couple of genetically engineered twins, separated at birth. The gag is, Ahnuld was spawned from the most desirable elements of the genetic code, and DeVito was created from the residual elements.

To me, that’s how I feel about the final two “Potter” movies. The second part is a nonstop explosion of action, character reveals, battle scenes and resolutions. It’s a phenomenal movie, a genuine big ticket movie.

This one? Not so much.

END_OF_DOCUMENT_TOKEN_TO_BE_REPLACED 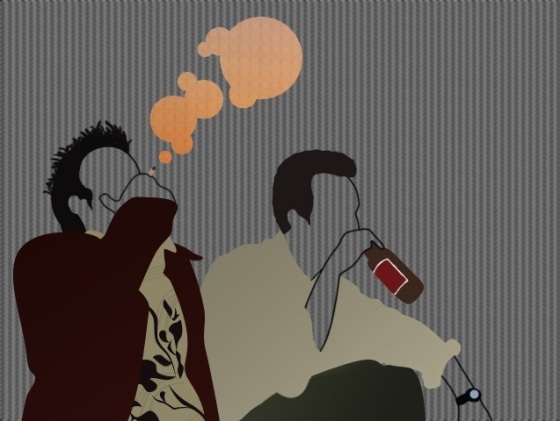 Does writing about Fight Club violate the first rule of Fight Club?

It was a perfect match of material and movie maker. The end result was a roaring tornado of a movie about masculinity, society and sanity.