Come to Los Angeles! The sun shines bright, the beaches are wide and inviting, and the orange groves stretch as far as the eye can see. There are jobs aplenty, and land is cheap. Every working man can have his own house, and inside every house, a happy, all-American family. You can have all this, and who knows… you could even be discovered, become a movie star… or at least see one. Life is good in Los Angeles… it’s paradise on Earth.

Heh heh heh. That’s what they tell you, anyway.

END_OF_DOCUMENT_TOKEN_TO_BE_REPLACED 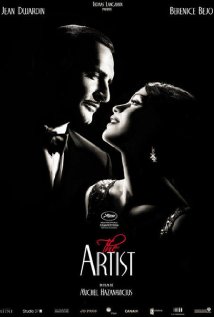 “The Artist” is 2011’s critical darling film… the movie which was heralded from the moment it was released as being the frontrunner for the Academy Award for Best Picture. It’s a (semi) silent film, shot in black and white, which tells the story of a star of the silent era silver screen. When Oscar noms were released yesterday, it received a whopping 10 nominations, including Best Picture, Best Director (Michel Hazanavicius), Best Actor (Jean Dujardin), and Best Supporting Actress (Bérénice Bejo).

The question I am here to answer now is…  is it worth all the fuss?