The quality of a Bond movie, to a large extent, is determined by the strength of its villain. Over the course of the franchise, each movie has set up a head honcho, a chief villain, a nemesis for Bond to conquer. And these adversaries and their plans often determine the quality of that particular movie. When they’re poor, it can be near impossible to overcome (“Tomorrow Never Dies”), when they’re done exceptionally well, it can launch the movie into classic status (“Goldfinger”)!

These are the chiefs, the bosses. For the Top Ten Henchmen in the series, click here! Here’s my list of the ten best top dogs. Those villains who gave us chills or made our skin crawl or simply that we love to hate! These are the characters that add to the legacy of the franchise from the evil side of things! The Top Ten Bond Villains of all time!

END_OF_DOCUMENT_TOKEN_TO_BE_REPLACED 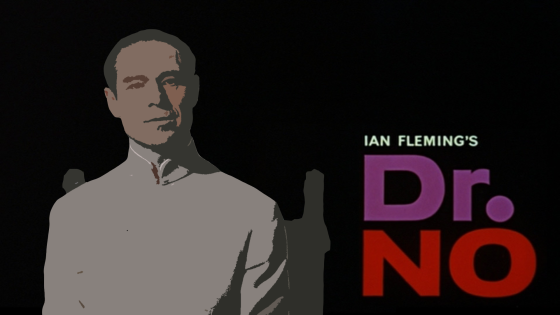 Fifty years ago this year, in October of 1962, James Bond first appeared onscreen in “Dr. No”

We take it for granted now. 007 has become an pop culture cornerstone. A Bond movie is as close to a sure thing to be a big success as there is in the movie business. But there was a time when movie audiences had never heard of James Bond. As hard as it is to imagine, there was a time when a James Bond movie was not a surefire huge grossing film. When, in spite of shining prospects, a misstep could have cut short an entire franchise.

Thankfully, the first movie they made was the brilliant “Dr. No”. A tone setting film that established the world of James Bond in almost every way. Its success would propel the Bond series to become one of the longest running, most successful movie franchises of all time.