A new Superman inherits the cape in an epic, dark, angst-filled drama.

I struggled with the somber tone of “Man of Steel”, but have to concede that it’s a potent, action packed film.

END_OF_DOCUMENT_TOKEN_TO_BE_REPLACED

Summer is finally upon us! With this Friday’s release of “Iron Man 3”, the 2013 Summer Movie season officially begins!

The summer season is defined by big budget, high-profile releases, and this summer is no exception. We’ll cover what’s coming out in May and June today, and then look at July and August tomorrow.

Click through to check out what the first half of Summer, 2013 has in store!

END_OF_DOCUMENT_TOKEN_TO_BE_REPLACED 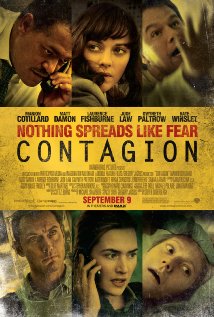 Contagion tells the story of the sudden appearance of a hyper-virulent strain of virus known as MEV-1.

MEV-1 is an airborne virus. If a person passes close enough to someone carrying the virus, and they breathe, they could contract the virus. It can also be contracted through tactile transmission. If a healthy person touches something a carrier touched, they could contract the virus. Between these two methods of transmission, and the fact that ground zero was the highly populated city of Hong Kong and patient zero was an international traveler, you have the recipe for disaster on a global scale.

And “Contagion” serves it all up for us in a stylistic, engrossing, high calibre movie experience.

END_OF_DOCUMENT_TOKEN_TO_BE_REPLACED

Fishburne fills out what is becoming an absolutely loaded cast. Henry Cavill (The Tudors) will play Superman, and he’s probably the biggest unknown. Amy Adams will play Lois Lane and Michael Shannon (Boardwalk Empire, The Runaways) will be General Zod. Providing the family wisdom from Smallville will be Diane Lane and Kevin Costner as Ma and Pa Kent.

Oh. And the movie is being produced by Christopher Nolan. Yep.