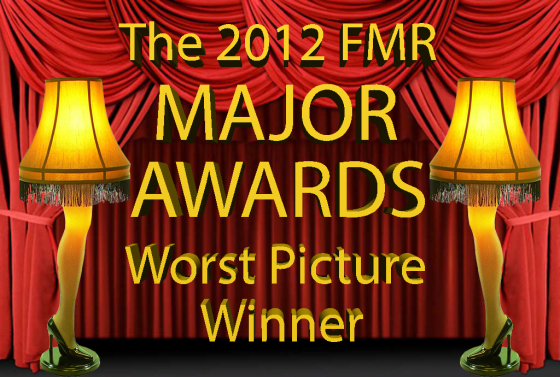 The Nominees are: “Act of Valor”, “Alex Cross”, “The Apparition”, “The Cold Light of Day”, “The Devil Inside”, “The House at the End of the Street”, “Madea’s Witness Protection”, “Playing for Keeps”, “Silent Hill: Revelation 3D”, and “A Thousand Words” 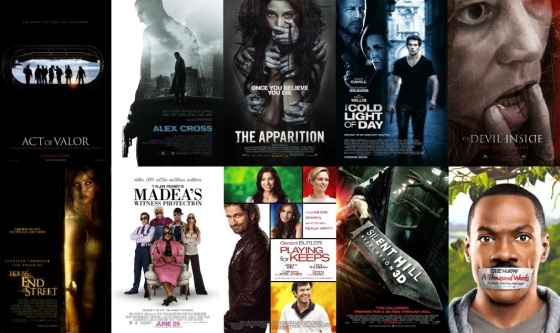 Click through to see which god awful abomination offended me the worst in 2012!

END_OF_DOCUMENT_TOKEN_TO_BE_REPLACED 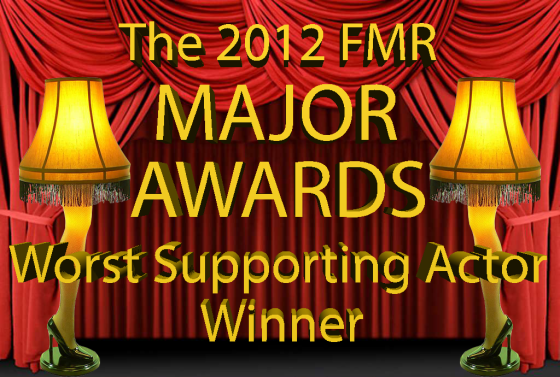 The MAJOR Awards roll on! This post presents the Worst Supporting Actor winner for 2012!

We had five actors all worthy of being lambasted for their atrociousness in films from last year, but only one can be the winner.

The nominees were: Matthew Fox for “Alex Cross”, Eugene Levy for “Madea’s Witness Protection”, Dennis Quaid for “Playing for Keeps”, Vince Vaughn for “The Watch”, and Bruce Willis for “The Cold Light of Day”.

They all sucked, and each of them should be ashamed of themselves for these roles in their own, unique ways. But only one of them can take home the lamp!

Click through to see which of these slacking scofflaws was the worst!

END_OF_DOCUMENT_TOKEN_TO_BE_REPLACED 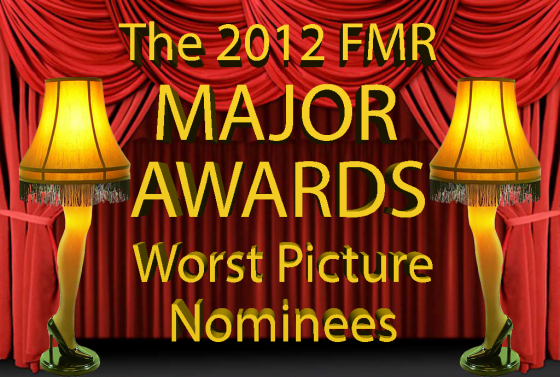 Ladies and Gentleman, here we go. After a long year of suffering through a wide variety of putrid offal, I present to you the fruits of my labors… the WORST movies of 2012. These were the movies that made you want to escape the pain, the ones that you wish would just END already. The type of movie you wouldn’t wish on your worst enemy.

My pain is your gain, though! Click through to see the ten movies that stunk out the joint the worst in 2012

END_OF_DOCUMENT_TOKEN_TO_BE_REPLACED 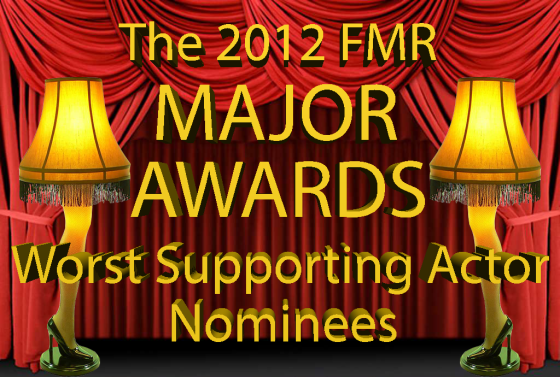 Here we go, people, let’s kick off our “Worst of”s with the “Worst Supporting Actor” category. These were the actors who weren’t in the lead role (thank God), but managed to make you wince anyways. The worst supporting actors of 2012. In spite of their limited screen time, these five made sure you knew just how awful they were…

Click through to see who earned this dubious distinction this year!

END_OF_DOCUMENT_TOKEN_TO_BE_REPLACED 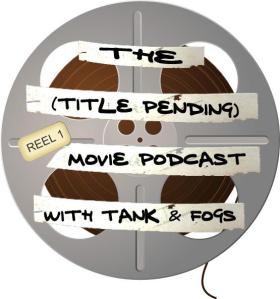 What’s going on everybody? It’s Wednesday, which means a brand new episode of (title pending) for your listening pleasure!

It’s a slow week at the box office, with the only major new release being “Playing For Keeps”. I briefly get you up to speed on that, and then Tank and I each circle back with an update on a previous movie… he hits “The Collection”, while I cover “The Perks of Being a Wallflower”.

In order to compensate for Hollywood’s shortcomings, Tank and I invite Mr. Tim Keaty of the Surfing Aliens podcast to join us. Tim is the host of the infamous “Pop Culture Playoffs”, which Tanski won three times in succession, and is currently running the “Ultimate 100 Movies Project”. We discuss both of these, including Tankipedia’s reign as Pop Culture Galactus, and my… mildly controversial… respectfully opinionated… appearance on the “Ultimate 100 Movies Project”.

Then Tim hosts the most cutthroat game of “Six Degrees of Kevin Bacon” you’ll ever want to hear! LOL Tank and I go head to head in a TPMP showdown!

It’s a great episode of the show, check it out, you’re not going to want to miss it! As always, it can be downloaded here on our Buzzsprout page, or you can find us on Stitcher Radio and iTunes by searching for (title pending) or Tank and Fogs! 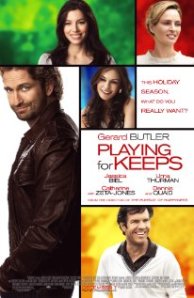 A washed up ex-soccer pro tries to reconnect with his young son by coaching his soccer team. Along the way, he also tries to break into a new line of work (sports casting) and win back his ex-wife.

Standing in his way are an army of poorly written, badly acted, hornier than any person ever soccer moms.

What’s a poor family rom-com hero to do?

END_OF_DOCUMENT_TOKEN_TO_BE_REPLACED 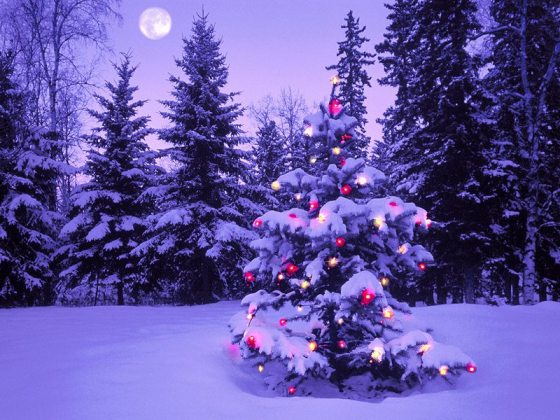