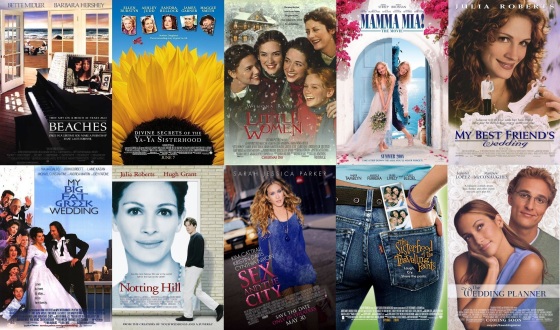 The other day, a spam comment found its way through the filters and awaited moderation on my Chick Flick City “Steel Magnolias” post. It was spam, and wound up in the trash, but it did bring me back to Chick Flick City. I was shocked to find that it had been over a year since I did the last one (Dec, 2011). 😯

So, with nothing else goofy looming on the horizon here, I decided to resurrect the series. Yup, heading back to Chick Flick City.

For those of you who don’t know, Chick Flick City is a series where I brave the movies that most men would rather jump off of a bridge than watch… those flicks where any testosterone-abled man writhes in discomfort just thinking about them. I post a running commentary as I watch (a la my recent Twilight marathon) and post for your reading enjoyment.

To mark my return, I selected ten chick flicks I’ve never seen. The poll will run for a week and the top two choices will get their day in the sun here over the next month or so. You can make two choices, and base it on any criteria you like. Actually a fan of one or more of these films, and hoping I’ll enjoy them? Great! Love reading me suffer, and want to pick the worst ones you can? That’s fine too. It’s all in good fun.

So have at it! My first stops in my return to Chick Flick City are up to you!