YES! We made it through the Winter Movie Season, where Hollywood unloads their junk on us, and now we’re headed into the Spring!

Spring is a time for mini-blockbusters, and movies that Hollywood hopes will have decent runs. Last year, “The Hunger Games” was released in March, for example, and we all saw how well that did!

Click through to see all the movies that this Spring Season has to offer!

I’m well on the record as being a fan of “party” movies. Put a bunch of young kids getting hammered on film, and I’m in. Whether or not this movie has anything else to offer has yet to be seen though.

This looks outright stupid, to me, I’ll just say it. Plus the one blurb I saw said “Kids will love it”, which says to me “not made for adults”. We’ll see, but my bet is this is a big, silly spectacle. 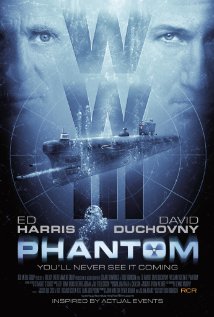 Secrets spark a standoff in a submerged submarine!

Sorry, had to try to make it sound interesting somehow…

Wasikowska and Kidman are both great, and a number of people are clamoring to see what Chan-wook Park will do with his first American film. I bet its disturbed and violent, whatever it is. LOL

I like the fact that they went with “Part II”, seeing how just plain “2” wouldn’t have made sense. LOL. I haven’t seen the first one, but it’s on one of my cable channels on demand, so I could watch it free if I wanted to.

Colin Farrell and Terrence Howard co-starring? I like them both, but knowing their career arcs, this movie has the stench of flop on it. Plus that trailer doesn’t do much for me. I hope I’m wrong though.

“Oz the Great and Powerful”

Ostensibly the Spring’s biggest offering. A loaded cast, a classic property, a talented director. All signs say yes on this one. I hope this isn’t another Tim Burton’s “Alice in Wonderland”, though (released at similar times). We’ll see!

This has a chance to be a decent thriller. But I’m not sold on it. The high concept of trying to stop a serial killer as a 911 Operator has potential, but I bet they blow it. Oh well. At least I can amuse myself thinking “Ch-ch-ch-Chia” every time I see Halle Berry’s hair.

Seriously. I like this trailer. I like that cast. I think it’s a funny high concept. I just want to be impressed when this movie finally says “Ta Dah!!” 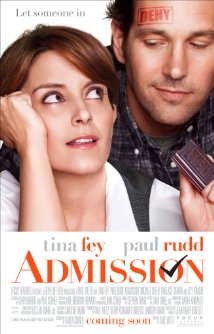 For real? This is a test of my favorable status for Paul Rudd. With the exception of a small part in “Perks of Being a Wallflower” his movies have been terrible lately. As much as I like the guy, I’m beginning to cringe when I see his name attached to films.

Well, at least we’ll get to see the White House all blowed up.

Gerard Butler staring in a testosterone overdosed shooter? Ehhh… let’s just say I’m not exactly psyched for this one.

Oh, I’ll say it. I’m looking forward to this one. Helllllll yeah. I’m almost looking forward to seeing James Franco in that ridiculous gangsta krunk lookin’ get up more than I am watching this murderers row of young nubiles prance in their bikinis. Almost.

Dreamworks Animation has brought us some excellent films. Kung Fu Panda, How to Train Your Dragon, Shrek. So I have a feeling that this will be good, in spite of the fact it’s about cavemen and features Ryan Reynolds AND Nick Cage. Looks gorgeous…

The ceiling for this… the absolute best that this one can achieve… is dumb, shoot ’em up fun. The trailer? With Bruce Willis spraying fire from the back of that El Camino? Lets just say that that has some Cheese-Tastic potential. Let’s hope. Cause otherwise… what else has it got?

“Temptation: Confessions of a Marriage Counselor”

That’s not a prospect that appeals to me. 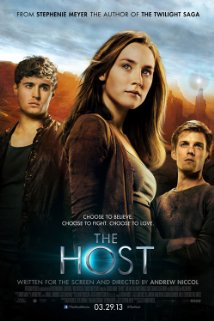 For those bemoaning the demise of the “Twilight” saga, Andrew Niccol brings you the latest Stephenie Meyer offering, “The Host”. Aliens invade that can take over the world by taking over people’s minds, but trust me, nothing will be more important than the teen romance at its core!

“The Place Beyond the Pines”

This genuinely looks good. Potentially the movie I’m looking forward to the most on this list. Gosling and Cooper are both riding high right now, and there’s a lot of talent in that supporting cast, too. That trailer looks so bad ass. I have hopes that this will be a fantastic crime drama. 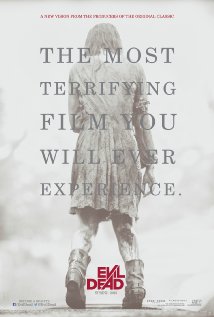 Horror Hounds are salivating over this one. All signs seem to indicate that this will be a first-rate remake rather than a cheap cash grab. The potential is there for an update that stays faithful to the original. So far, all the marketing indicates a scary flick!

Does it get any better? Expectations are high.

God… Can I just give this an F now and not go? If you can’t even string together a 3 minute trailer that looks funny, what are you gonna do with a full length movie? I’m betting Scary Movie 5’s answer is “suck”.

“Oblivion” looks like it has all the ingredients. High production values. A great cast. An intriguing story. If it all comes together as promised, this looks to be a slick, intelligent sci-fi thriller. Let’s hope the summer blockbusters start a few weeks early this year. With this one.

While I respect the contribution that Steve Jobs made to technology, I’m not sure I’m enthusiastic about a biopic. Especially one with Ashton Kutcher as the lead. Can someone remind me if he’s ever been in a good movie? I’m at a loss to name one.

Looking forward to this. LOL I know, I know, it’s Michael Bay, movies’ most maligned director. Johnson and Wahlberg look like they spent all their preparation for these roles in the gym. So lets hope all that muscle translates to dumb fun.

I suppose there’s an outside chance that this film winds up fun. I wouldn’t count on it though. The “fake something for the sake of the family” schtick hasn’t worked since “The Birdcage”. I doubt it will here.

Well, there you have it folks! The movies to come over the next two months.

What do you think? Which are you excited for? Which wouldn’t you be caught dead at? Is it a good enough crop to hold you over til the summer?